Our Team at a glance

Gra-V Robotics is a FIRST Robotics Competition team. As a team we combine our wits and create massive robots that will compete in the games hosted by FIRST.

Gra-V Robotics is a team of high school students from all around Central Florida who come together to learn the fundamentals of STEM, business, and, Leadership. Each year, our students design, build and program robots to compete in FIRST Robotics Competition. Throughout six weeks, the students are responsible for taking the lead on the design and build process up to competition day. Gra-V Robotics is a student lead team, this ensures that the students are prepared to take action in their future careers. Though this is a student led team, our mentors are still just as active. This team is mentored by numerous professionals in Science, Technology, Math, and Engineering fields, and various other fields that encourage and guide students to think outside the box.

Gra-V was founded in 2015 by Orange Technical College – Mid Florida Campus. The team started with 3 students and since then has grown to a family of over 17 students. Gra-V conducts team meetings, industry presentations, and community outreach events, including mentoring other robotics teams and volunteering at STEM competitions. The team showcases at various major technology expos hosted throughout Central Florida each year, in order to spread the word of FIRST and STEM education.

The Values of FIRST Robotics

The mission of FIRST is to inspire young people to be science and technology leaders, by engaging them in exciting Mentor-based programs that build science, engineering, and technology skills, that inspire innovation, and that foster well-rounded life capabilities including self-confidence, communication, and leadership.

In Gra-V’s rookie year (2016 – Stronghold), the team won the Rookie All Star Award at the Orlando Regional, which qualified the team to attend the FIRST World Championships in St. Louis, MO at the end of April 2016. Towards the end of 2016, the team competed in ROBOTICON at Tampa Bay, an off-season competition, and ended up as Finalists for the competition.

In the 2017 season, STEAMworks, Kaitlyn Bowman was one of 2 students throughout the Orlando Regional to win the Dean’s List Award, which qualified her to travel to World Championships in Houston. Later in the season, Gra-V also got selected by FIRST to travel and compete at World Championships. In the end, Gra-V ranked in the upper half of their division at Championships. At ROBOTICON later that year, Gra-V ended Rank 5 and made it to the Semi-Finals, and were awarded the Team Spirit Award. 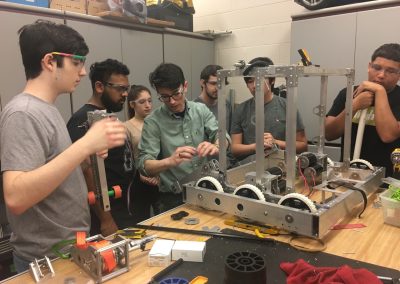 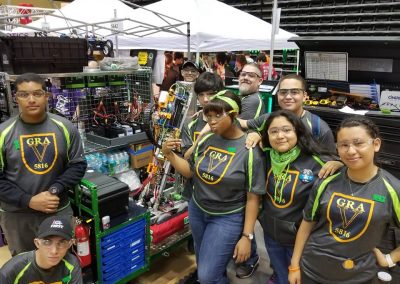 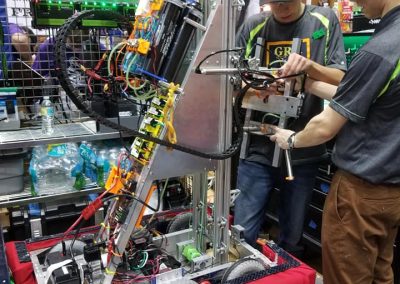 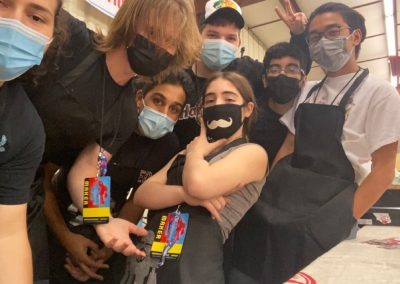